Here is the writing by Genetic Moo (Tim and Nicola) about my work participating in the Microworld – Lumen Prize Exhibition in Hong Kong. Below is the documentation video from Genetic Moo. Thanks Tim and Nicola for the invitation.


Bryan Chung showed an intricate generative art work called Movement in Time which kept people fascinated throughout the show. Consisting of 4 windows the top left one contained clips from Classic American Movies as voted by the Hong Kong public, featuring everything from The Jazz Singer to King Kong to The Matrix. Bryan had selected celebrated sequences from these films as the input to his artwork. An algorithm looking for a mix of motion and edge detection added key points onto the image. Then in the top right window these key points were animated and appeared sometimes to be swarms of insects flitting about the screen looking for more action. In the bottom right window these swarms would pick up color from the film and leave a scrawled coloured trail – so each film produces its own live abstract art painting. Finally in the bottom left window the last 20 frames of the film were combined into a 3d layered image which rotated in and out adding more variety to the overall display. Movement in Time was easily the most complicated piece of coded art on display but the beauty of the resulting generated art was never overshadowed by questions of technique – a great balance was held between detail programmed effect and a simple intuitive engagement. In the future Bryan is talking about making a companion piece of the Hong Kong public’s favourite Martial Arts films, and it will be interesting to see the contrast between these two strands of cinema in terms of their generative potential. Movement in Time contained 100 films from the 100 years of cinema and it was very satisfying to see how each style of film-making produced a differing type of output as the piece proceeded chronologically year by year.

Images from the Microworld photo set by Genetic Moo. 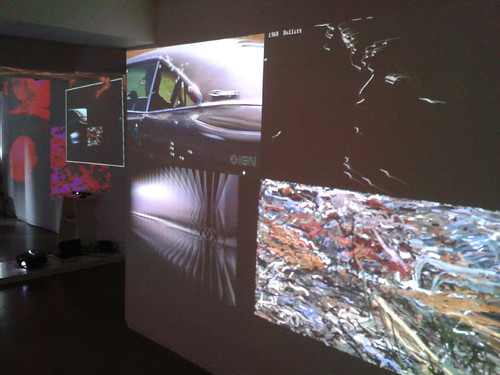 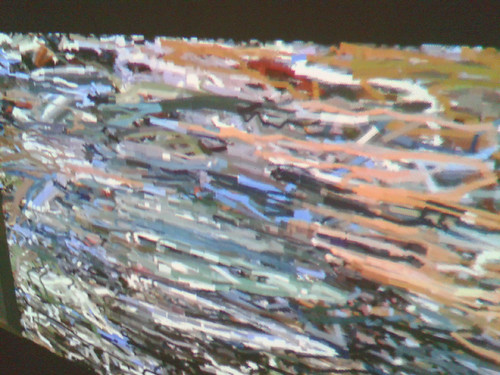 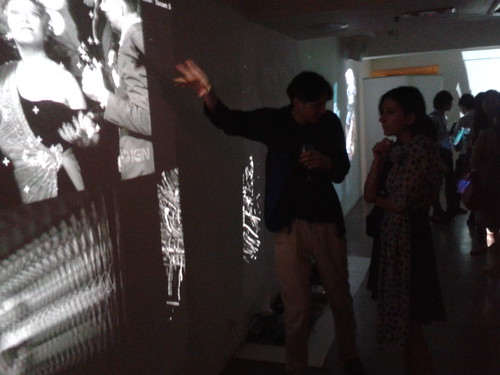 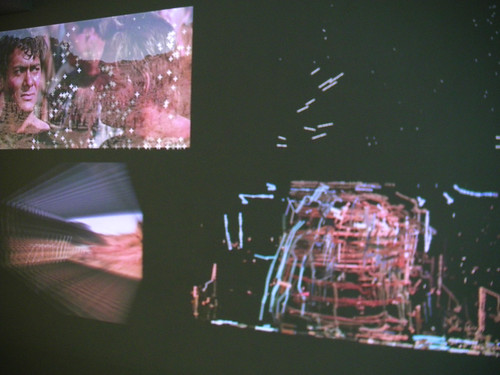 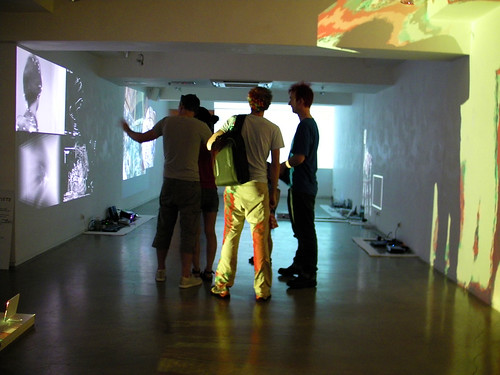